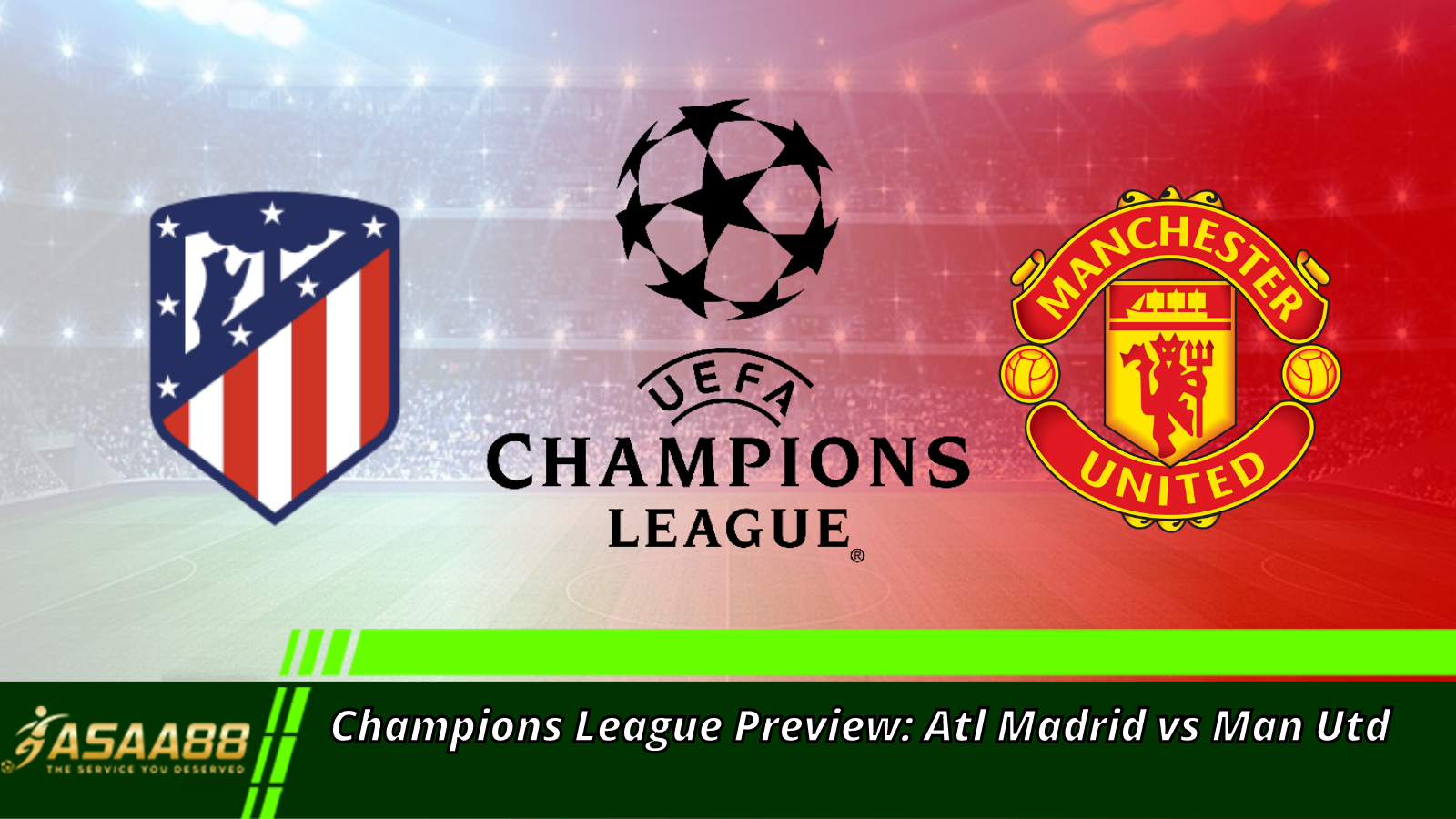 With Manchester United’s chances of finishing in the top 4 of the Premier League looking very fragile, their best chance at ensuring Champions League football in the next season is to win the tournament.

Their first opponent will be Atletico Madrid. The current La Liga champions have struggled so far this season, and are currently out of the title race for the La Liga, and are fighting to finish in the top 4.

The Red Devils finished top of Group F to advance to the knockout round of the competition, while Atletico claimed second spot in Group B behind Liverpool to ensure that they would be present at this stage.

Both teams will face off in Madrid at the Wanda Metropolitano Stadium on Thursday, and will be doing so for the third time in their history. The last time these teams clashed was in 1991, and Atletico won once, and the other match ended in a draw.

There will be little indication of how both these teams will fare against each other this time, since their last meeting was more than 30 years ago.

Atletico will enter Wednesday’s contest off the back of a 3-0 win over Osasuna in La Liga, with Joao Felix, Luis Suarez and Angel Correa on the scoresheet, but there is no getting away from the fact that the Spanish champions have disappointed in the league this term.

Man United, meanwhile, will enter the contest off the back of a 4-2 win over Leeds United on Sunday, with Fred and Anthony Elanga coming off the bench to secure a vital three points for the Red Devils, who sit fourth in the table, four points clear of West Ham United on the same number of matches

Manchester United will be dealing with defensive issues for this game as Raphael Varane, Eric Bailly, Nemanja Matic, and Edison Cavani are out with injuries. This could force Ralf Rangnick to start the underperforming Harry Maguire, and could be United’s downfall.

Atletico Madrid, on the other hand, will be without Antoine Griezmann, Yannick Carrasco, and Daniel Wass, all due to injuries. Luis Suarez will be likely to lead the attack against United’s weakened defences.

As both teams find themselves in a poor run of form and out of the title race for their respective leagues, the Champions League is the final chance for silverware for both these teams.

Expect both teams to go all out to gain the advantage as this is where their focus will be for the rest of the season.

If recent games are an indicator of the result, we say that Atletico Madrid will win this game 2-1.