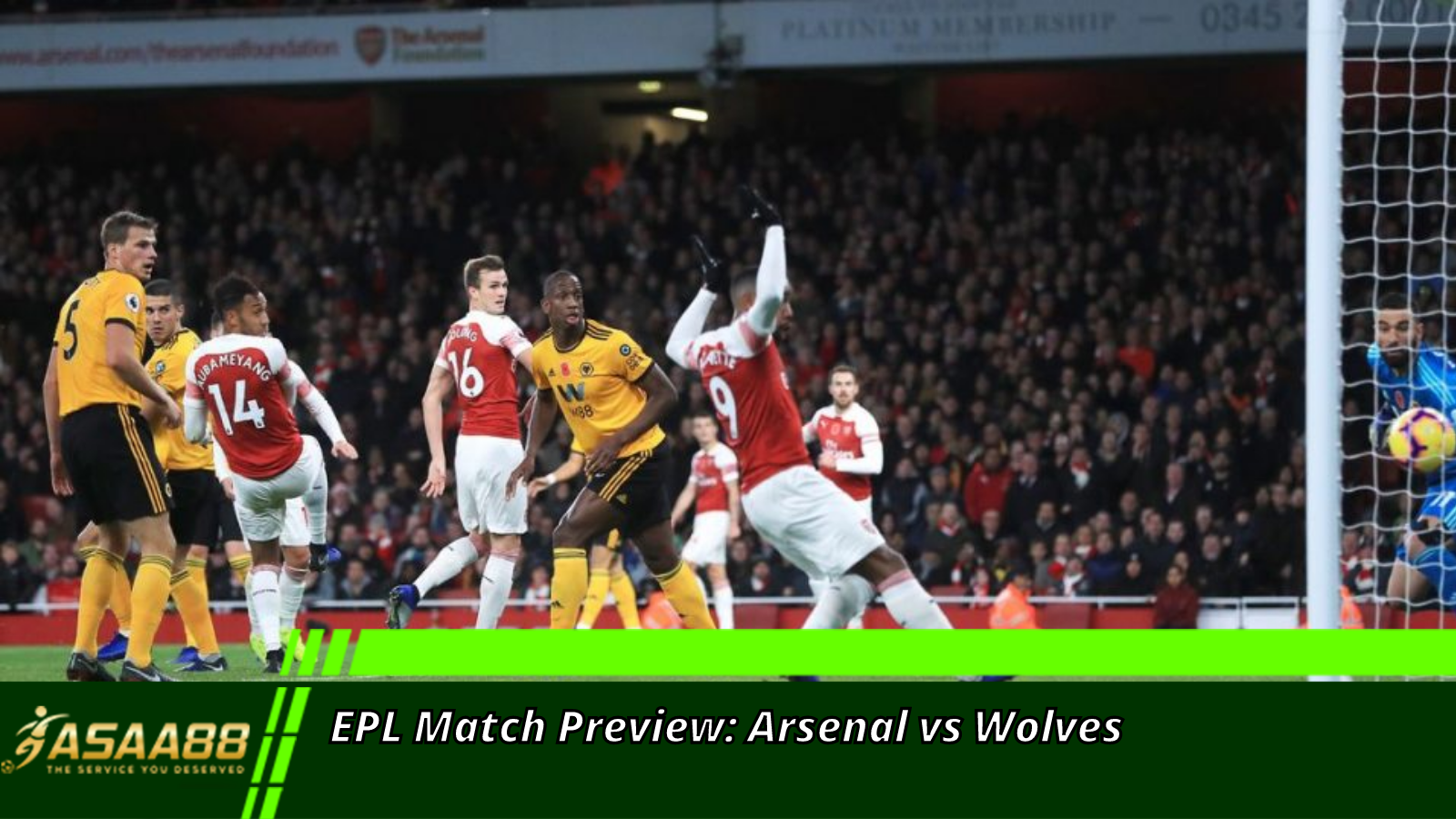 Arsenal will seek a second win over Wolverhampton Wanderers in the space of a month when Bruno Lage’s men arrive at the Emirates Stadium for Thursday’s Premier League clash.

The Gunners won 1-0 at Molineux back on February 10 and head into the midweek battle one place and two points better off than their opponents having played a game fewer.

On a day where some Gooners felt aggrieved at as many as four penalty calls being waved away by Jonathan Moss and Lee Mason in the VAR room, Arsenal relied on their Hale End prospects to translate a dominant showing against Brentford into all three points.

A frustrating opening 45 minutes was consigned to history following Emile Smith Rowe and Bukayo Saka’s well-taken goals, and while Christian Norgaard struck an injury-time consolation, it was too little too late for Brentford to emulate their win over Arsenal from the opening day of the season.

The less said about Arsenal’s run in January the better, but they have opened the month of February with two wins from two in the top flight and could be considered as the leaders of the top-four chasing pack – currently sat sixth but only four points behind Manchester United with three games in hand.

The absence of European competition now finally appears to be benefitting the Gunners as they seek to end their five-year stint outside the Champions League, and only Liverpool can boast a better defensive record than Arsenal – who could move up to fifth here – on home soil this term.

Indeed, Mikel Arteta’s side have shipped just nine goals at the Emirates so far, and a tally of 26 home points is the third-best in the division behind Liverpool and Manchester City, but Wolves are no strangers to North London victories.

Not many would have placed early-season bets on Wolves finishing in the top four, but Lage’s side are undeniably realistic contenders for a spot among the elite and boosted their hopes of Champions League qualification with a slender win over Leicester City on Sunday.

After Ademola Lookman had cancelled out a trademark Ruben Neves thunderbolt, Daniel Podence struck his first goal of an injury-hit season to hand Wolves their second consecutive league win after a dominant showing at Tottenham Hotspur.

The race for European football is far from done and dusted, but Wolves can take plenty of confidence from their seventh-placed ranking in the table, and fifth spot will temporarily be theirs if they end up on the correct end of the scoreline at the Emirates.

Tottenham are still breathing down their necks, but Lage’s men travel to the Emirates having won each of their last four away from home in the Premier League and with a measure of revenge to claim following events earlier this month.

Indeed, Gabriel Magalhaes’s scrambled effort propelled Arsenal to a 1-0 Molineux win after Gabriel Martinelli’s bizarre red card, but Wolves have not lost to the Gunners at the Emirates since returning to the top flight in 2018 – marching to a 2-1 win last term during a tie that was marred by Raul Jimenez’s sickening head injury.

Martinelli served his one-game ban following his Molineux red card in the win over Brentford, and the Brazilian’s return means that Arteta is blessed with a fully-fit squad for this crucial battle.

Smith Rowe was restricted to a super sub role during Martinelli’s stint in the team, but it would be surprising to see Arteta drop the England international after his ninth goal of the season on Saturday, although he is reported to have been absent from training on Tuesday.

It should largely be as you were for Arsenal, although Takehiro Tomiyasu was fit enough for a place on the bench against Brentford and could now return to the starting 11 over Cedric Soares, who deputised well on Saturday.

As for Wolves, Lage also has nearly a full array of options for Thursday’s game, but Rayan Ait-Nouri will need to be assessed after picking up a knock against Leicester, with Marcal on standby.

Yerson Mosquera and Willy Boly have returned to full training, and the Molineux crowd witnessed the very welcome sight of Pedro Neto making his first appearance of the season against Leicester following his serious knee injury.

The highly-rated 21-year-old is not expected to be in the frame for a start after playing just 10 minutes at the weekend, but Hwang Hee-chan and Francisco Trincao could battle for a place in the attack if Lage sacrifices Joao Moutinho and switches to a 3-4-3.