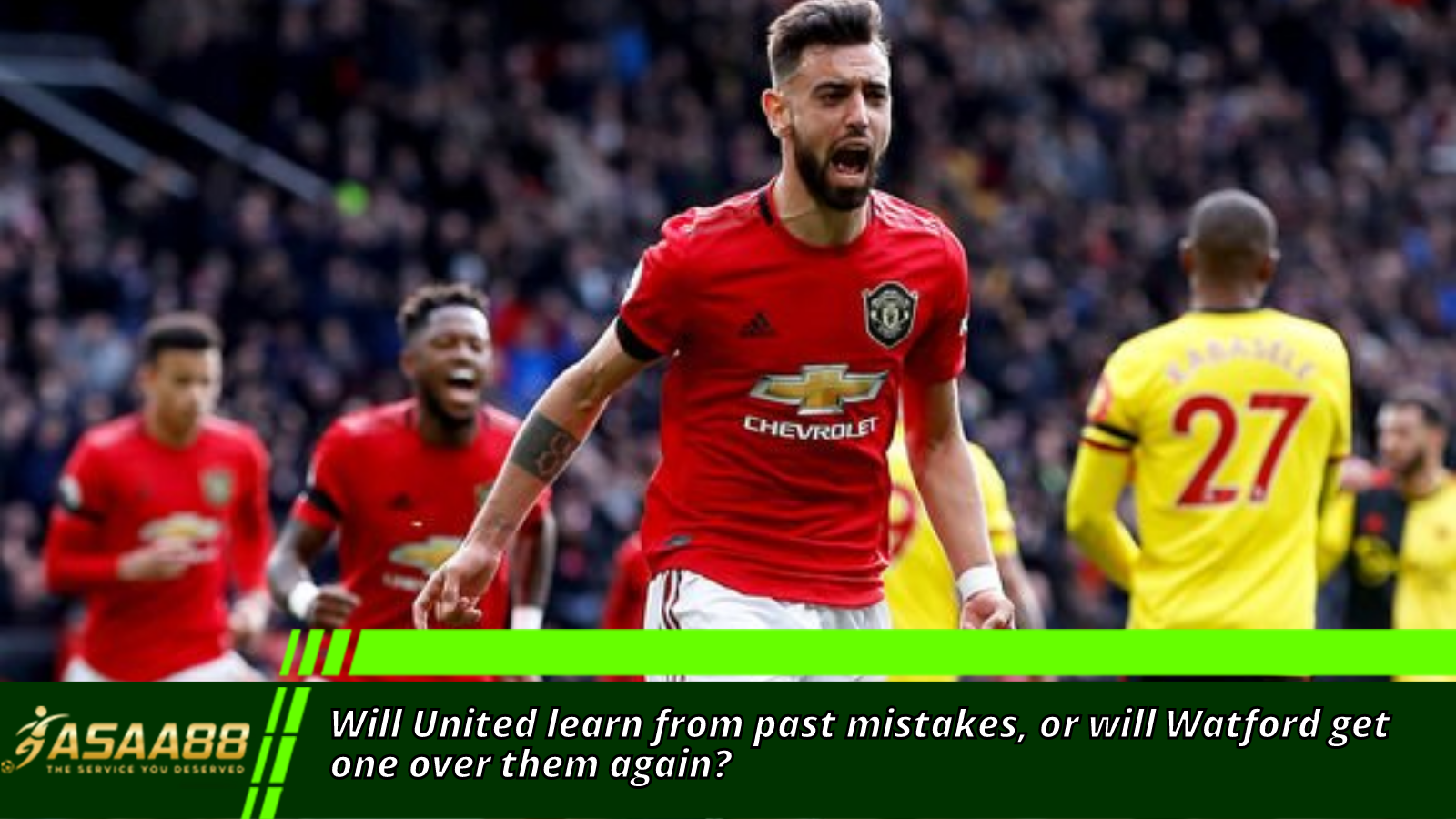 Manchester United take on Watford at Old Trafford as both teams desperately need all 3 points, albeit for very different reasons.

Manchester United are fresh from a 1-1 draw against Atletico Madrid in their Champions League round of 16 first leg, and will be hoping to get back to winning ways as the race for the Premier League battle gets more intense.

As for Watford, having just suffered from a devastating 1-4 loss to Crystal Palace, will be eyeing a potential upset against the Red Devils as they attempt to climb out of the relegation zone.

Taking on Atletico Madrid in the first leg of their last-16 showdown, Ralf Rangnick’s side fell behind through Joao Felix’s header and could not break down the Diego Simeone-marshalled defence before the introduction of a certain teenager helped to restore parity.

Developing a reputation as a cool, calm and collected finisher, Anthony Elanga slotted past Jan Oblak to rescue a 1-1 draw and leave it all to play for in the second leg after producing a similar effort in an entertaining 4-2 victory over Leeds United a few days before.

The Elland Road victory has allowed Man United to maintain their fourth-placed ranking in the table, but Arsenal have cut the gap to just one point with victory over Wolves on Thursday evening, and it is now five games unbeaten for the Red Devils in all tournaments.

Furthermore, Man United have lost just one of their last 14 in the top flight and are aiming to make it three league wins on the bounce for the first time since the turn of the year, so not many will be placing bets on Watford springing any more surprises.

After being on the correct end of a 4-1 scoreline in their most recent battle with Man United, Watford were on the receiving end of such a romping in midweek, as a Wilfried Zaha-inspired Crystal Palace ran riot at Vicarage Road.

Jean-Philippe Mateta’s deflected effort and Conor Gallagher’s eighth goal of the season came either side of Moussa Sissoko’s response, and Zaha proceeded to strike late twice in quick succession to break the Hornets’ formerly admirable defensive resolve under Roy Hodgson.

The former Eagles boss was served a slice of humble pie by his old club to make Watford’s bid for survival that little bit more difficult, with this week’s visitors to Old Trafford now 19th and four points adrift of safety after Burnley’s win against Tottenham Hotspur.

Watford can at least boast a respectable tally of just one defeat from their last four on the road in the top flight – scoring and conceding two apiece – and the highlights of their Vicarage Road thumping of Man United will live long in the memory.

However, the Red Devils have won every single one of their Premier League meetings versus Watford at Old Trafford and have only conceded two goals in that time, as well as claiming a 1-0 success in the 2020-21 FA Cup at the Theatre of Dreams.

Man United are once again expected to make do without Edinson Cavani due to his groin issue, and Scott McTominay has emerged as a fresh doubt after contracting an illness.

Paul Pogba and Fred ought to continue in the midfield as McTominay recovers, while Elanga is certainly threatening to displace Marcus Rashford or Jadon Sancho on the flanks.

Victor Lindelof was a surprise starter at right-back at the Wanda Metropolitano, but Diogo Dalot ought to return here as Alex Telles battles Luke Shaw for a start on the left-hand side.

As for Watford, Peter Etebo and Nicolas Nkoulou remain absent while they build up their match fitness, while Joao Pedro and Juraj Kucka will need to have their knocks assessed.

Ex-Man United starlets Joshua King and Tom Cleverley will both look to make an impact at their old home, but the duo were hauled off in the Palace loss and could be at risk of losing their places here.

Edo Kayembe represents a possible alteration in midfield for the Hornets, who could also elect to swap King out for Cucho Hernandez or Ken Sema at Old Trafford.

With United arguably going into this game with higher stakes, it is likely that they will be vigilant

We predict a 3-0 win for United.and avoid another embarrassing defeat once again to Watford.